There’s suddenly a lot of talk about how governments need to regulate social media. From a public policy perspective, the immediate cause underlying this policy change is an egregious case of misuse of social media. Policy changes that arise out of crises can often go overboard in the policy instrument deployed.

Using the simple threefold classification of carrots, sticks, and sermons, it means that governments are more likely to use sticks rather than carrots or sermons in such cases. Under the garb of user protection, governments will use the ‘need for regulating the conniving social media‘ narrative to suppress dissent. So, assuming that at least a few governments will choose to intervene, which instrument should be used?

I would advocate for a sermons approach: the government can instruct social media companies to carry a user login banner which explicitly states that

the opinions on your timeline are not be verified and may not be reflective of the truth. User discretion is advised.

Think of the banner that appeared in the beginning of the World Wrestling Entertainment telecasts:

fights are performed by professionals solely for the purpose of entertainment. Any attempt by our fans to emulate our Superstars physicality is extremely dangerous and irresponsible.

The result was that there was no ambiguity in the minds of the viewer that WWE was an entertainment show and not a gladiator fight. Perhaps, a regulation of this kind has some lessons that are relevant now.

If you have been trawling the internet in search of reliable news and opinion about the Pashtun Tahaffuz Movement (PTM), there’s some good news. Beena Sarwar has an excellent backgrounder in Scroll.in.

What caught my attention was the social media’s role in mobilising widespread support given that there is a blanket censure  of PTM by all major media houses in Pakistan. Sarwar describes this role as follows:

Their (PTM’s) demand for constitutional rights directly challenging Pakistan’s powerful security establishment was blatantly censored from the mainstream media. The pattern has continued with subsequent rallies.

But in this digital age, news of the Swat demonstration could not be suppressed. The social media activists or citizen journalists who trended the hashtag #PashtunLongMarch2Swat included gender studies lecturer Tooba Syed from Islamabad. Making the four-hour journey to Swat by road, she movingly documented her experiences on Twitter.

Without social media, “the movement would not be possible”, said one of its leaders, 34-year-old lawyer Mohsin Dawar, a former student activist associated with Left politics.

The rapid rise of social media in Pakistan (17% internet penetration, growing fast) and mobile phone subscribers (over 70%) makes television coverage (73%) less crucial than before. But censorship still violates the people’s right to know, as a statement endorsed by over 100 journalists in April emphasises. [Scroll.in, 6 May 2018]

So, the PTM is a textbook example of what we call a Radically Networked Society (RNS) — a web of hyper connected individuals, possessing an identity (imagined or real), and motivated by a common immediate cause. 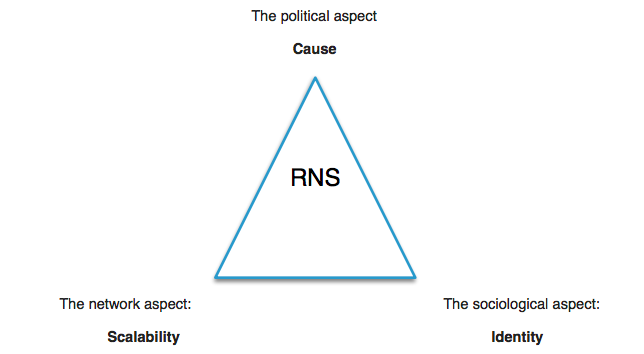 In PTM’s case, the Pashtun ethnicity provided the common identity, Naqeebullah Mehsud’s cold blooded murder by the Karachi Police became the immediate cause, and Twitter, WhatsApp, Signal, and Facebook enabled the movement to scale.

The oppressive and all-powerful Pakistani State has ensured that media houses have no reportage of the protests. And yet, it has been unsuccessful in stopping the spread of information via the RNS route. This typifies the nature of information flows — information propagates rapidly in networked societies, at a pace too fast for hierarchical states to arrest.

From past instances of RNS mobilisations, we know that governments tend to use excessive force in desperation if extended internet shutdowns do not work. And Pakistan Army has a long history of using force on its non-Pakistani citizens. Unfortunately, looks like this is likely to be the next step. Watch out for the Karachi rally that the PTM has called for on May 13th.