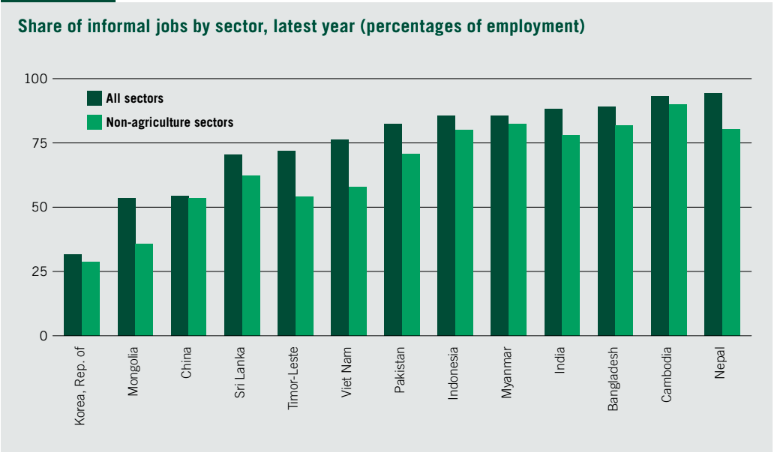 The recent 12th grade results declared by the Central Board of Secondary Education were a pleasant surprise for the Delhi government where the government schools took a 9 per cent lead in performance over private institutions. Although it is comforting to see that appropriate steps are being taken to improve the education system at school levels, we are yet to look at the larger problem facing us in the next few years- the problem of jobs.

One of the key features for the change was the political will and upfront commitment to bring about the change. Rohan Joshi, who has a vast experience of working in Education and Skill Development sectors, attributed the success to systematic engagement with the external stakeholders. He also mentioned that the political will translating into driving bureaucracy to focus on education quality among other factors have led to the remarkable achievement of Delhi Government Schools. He did, however, flag that while celebrating the achievement, we must also continue tracking progress in the coming years. Typically, 3 years is too short a time to reform an entire education system of a state. Overall, Delhi government has certainly taken the steps in the right direction, the point now is to build further upon this great start.

It is this political will that is required to solve other pressing issues like the jobs problem. With 12 million new people joining the workforce every year in the country for next few years and 29 million labour lying redundant in rural areas, it is the evident that India needs to create around 20 million jobs annually for next few years to satisfy the demand. This problem currently faces two broad issues- lack of political will to create systematic solutions and limited attention given to the quality of the solutions.

The lack of political will can be seen in the redundant attempts being made to redefine the level of unemployment rather than having discussions on increasing the number of jobs. One of the key learnings from the success of the Delhi government is that external stakeholders can have huge impact, if they are given proper targets and feedback. Hence, if there are NGOs incentivised to skill the labour or reduce the labour employee mismanagement, it would go a long way. This, of course, does not take the burden away from the government to create policies that ease up the labour laws and helps promote large manufacturers.

The other problem lies in how little attention is being paid to a problem of such magnitude. The atmosphere created over the years by the Delhi government focused on quality rather than quantity. Hence, the solutions went beyond just throwing money at the issue. With respect to jobs problem, the conversation hasn’t come to a point where the quality of jobs are being discussed. For instance, Prime Minister Modi in his infamous remark claimed that jobs like that of street-food vendor should also be included in the employment numbers. The conversation went back and forth on this paradigm but there is yet to be a substantial remark on the quality of jobs that need to be created for a country with the poverty and demographic levels as ours.

We have to take the conversation beyond just jobs or occupations and talk about sustainable work environment and employment options in the country. For instance, the policymakers should look at creating incentives to increase jobs that provide sustainable wages and decent work environment.

It is evident that enough work needs to be put in to sustain outcomes that the Delhi government saw in this year’s exam results. This one successful attempt has enough learning on how a motivated policy move can show positive results.