The BBC recently released a report on fake news in India as part of a larger project aiming to investigate the effects that fake news is having on societies across the globe.

The key finding of the report is that the majority of sharing in India is driven by two factors. The first is “sender primacy” – there is an implicit assumption that news shared by someone known to an individual is more trustworthy, given the low levels of trust which traditional media houses enjoy. The second is the validation of identity – both in broadcast platforms (Facebook) and narrowcast platforms (WhatsApp), individuals tend to share information that supports their identity and reject other information as being fake or otherwise part of a conspiracy. 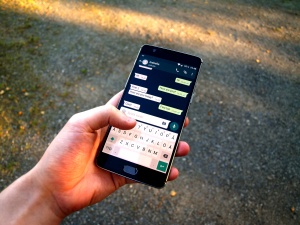 Neither of these conclusions is particularly earth-shattering: in fact, I wrote about exactly this behaviour in a series for Pragati last year, and it is not a problem that is confined to India alone. The biggest innovation that the report makes, in my view, is shifting the onus of the spread of fake news from platforms to individuals. Understanding the particular social context within which a technology is adopted and used is critical to understanding its use, and that’s a conversation that has been long been overdue in India.

Here’s an example. Social media and smartphone use flood users with a deluge of information and notifications. In Western societies, this has been identified as a cause of anxiety as users struggle to stay up to date. In India, it’s a cause of irritation at worst – Indians seem to be more attuned to constantly wanting to stay up to date for a variety of reasons ranging from the fear of appearing uninformed to wanting high general knowledge scores in exams. Social norms may also explain why Indians tend to forward so many messages – sending “Good morning” messages or forwards about health and policy updates, for example, are considered civic duties. It helps that for such messages are seen as imposing a low cost on recipients even if they turn out to be fake. One is expected to be engaged in a social group – whether this is because Indians see identity in different ways from Western societies may be a question worth exploring – but it is clear that behavioural norms like these lead to a somewhat different sort of online behaviour, and a different way of consuming and sharing information.

As a result, the conclusion that “nation-building” is behind the spread of fake news isn’t really that surprising. What is surprising is that India still lacks public discourse on the social norms that contribute to this sort of behaviour – a lack of self-introspection that will prove extremely damaging to our democracy in the long run.

Anirudh Kanisetti is a Research Associate at the Takshashila Institution. A graduate of BITS Pilani, his research interests range from network science to geopolitics, history and culture.