The other day I was engaging in a favourite pastime of lawyers (and more recently, everyone else): complaining about the judiciary. In the discussion, my colleague and I bemoaned the way in which Chief Justices were selected. Whether it is for the High Courts and Supreme Court, the tenure of a Chief Justice is a lottery of fate dependent on three factors – the date on which judges are appointed, their ages and the age of the incumbent Chief Justice. Consequently, the tenure of a Chief Justice can vary from a few months to over a year. Which lead me to a thought – what if Chief Justices only served a fixed tenure of maybe one or two years? And why stop there? What if they were also elected by their peers and not merely appointed on the basis of age. Here are the immediate advantages:

These are just a few of my initial thoughts. The idea requires a lot more consideration before it can be described as reasonable; an examination of the political economies it could create is an obvious starting point. Another would be its legality or constitutionality, but given that there is a general consensus that the process of judicial appointments is in need of reform (which would require constitutional amendments) it shouldn’t be too hard for this tweak to piggyback on those efforts. 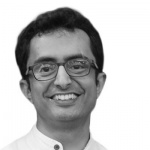 Madhav Chandavarkar is a Research Associate at Takshashila Institution. He earned a 5 year degree in law from Symbiosis Law School only to discover he didn't want to be a (practising) lawyer. His interests include free speech, emerging technologies, pop culture and everything else.