The United States struck a deal with ZTE with a penalty of $1 billion and $400 million in an escrow account to end the sanctions imposed against them. The deal also includes a putting in a new compliance department in the company which will report directly to the new chairman.

The consensus is that United States is letting ZTE, go away without getting too much in return. At least they could have imposed a larger penalty to send signals to companies looking to do business with North Korea, Iran, and Russia about the costs of doing so.

Moreover, this will not only harm long-term US interests in the technological space but also give a signal to the Chinese that the United States is willing to compromise on any future conflicts including trade if token solutions are provided directly to President Trump.

Not only that, the US government has mixed in different fields of trade, domestic law enforcement, and national security, without giving clear details on what are the national security risks of letting in ZTE back into the US.

The larger picture is of China challenging the United States in each and every sphere for global dominance and will lie, cheat and steal its way to essential technology, Intellectual Property to further strengthen itself. It’s upon the United States to take more proactive measures to curb this while it still has time, otherwise, it will be too little too less. 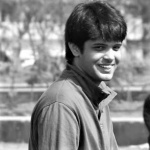 Piyush Singh is a Research Associate at The Takshashila Institution. He completed his undergrad from Hidayatullah National Law University, Raipur and is interested in all things China.