The RSS is not an academic institution. It is a cadre-based organisation with strong ideological moorings. Certitudes are important both for it’s existence and survival. Despite this, they invited probably the most cerebral and scholarly ideological opponent to address their valediction. It shows a certain confidence and suppleness that must be appreciated.

As for the citizen Mukherjee’s speech, it was impressive to say the least. The central feature of his speech was neither the invocation of Jawaharlal Nehru nor of the constitutional patriotism. For me, it was the reference to Tagore’s celebrated poem ‘Bharat Tirtha’. Tagore’s formulations on the nationalism and patriotism are important and have a contemporary resonance for a variety of reasons.

Tagore was in the search of an authentic Indianness. He expressed his vision lyrically in a number of poems and more concretely in the form of Shantiniketan, the institution he established and nurtured. His vision was rooted, yet cosmopolitan; traditional yet modern. Synthesis and reconciliation, and not recrimination, was it’s essence. Tagore was also the most important spokesperson of the Indian version of liberalism. His ‘Ekla chalo re’ is possibly the best articulation of an individual spirit unafraid of the collective tyranny and his ‘Chitto jetha bhayashunyo’ the most appropriate translation of the Kant’s Sapere Aude.

Needless to say, Tagore’s vision of India is very different from the ethnicity and identity centric versions of nationalism. If the subsequent discussions of Mukherjee’s provocative speech can bring out those nuances and rescue the richness of Tagore’s message from the collective amnesia, it will have served it’s purpose. 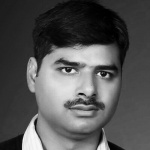