The concept of a rules-based order has become part of common diplomatic parlance of late. This framework roughly refers to a common set of rules or norms of engagement in the international arena that have been mutually agreed upon among states.

The recent debate around a rules-based order, in large part, is a product of changes taking place in the world order, owing to America’s relative decline and China’s rise. For instance, the idea of the importance of preserving the rules-based order is repeatedly invoked in connection with China’s island-building in the South China Sea and its rejection of the 2016 Hague tribunal’s verdict following a case by the Philippines. In this perspective, Beijing is seen as undermining the rules-based order.

At the recent Shangri-La Dialogue, US Defence Secretary James Mattis and Indian Prime Minister Narendra Modi both referred to the importance of a rules-based order in the Indo-Pacific. A South China Morning Post round-up of the event quotes Yao Yunzhu, a retired PLA major general and a delegate at the SLD, as saying: “The US has created a grand narrative consisting of keywords including ‘rule-based order’, ‘freedom of navigation and overflight’, and ‘militarisation’ – once you hear these words, you know it’s a criticism targeting China.”

So what exactly is Beijing’s position on such a framework? Do Chinese policies disregard the rules of the road internationally or is there is a specific Chinese conceptualisation of a rules-based order?

The answer to these questions lies in the Chinese elite’s perception of their country’s international role based on an assessment of power. For instance, Xi Jinping’s articulation of “major power” or “big country” diplomacy implies that China does believe in different rules for different players. Intuitively, such a framework undermines the idea of a common framework for all states irrespective of size or power. It implies a difference in the rights and responsibilities of big and small countries.

That, nevertheless, does not imply an outright rejection of international institutions or norms. For instance, building a multilateral and multipolar world order remains a key Chinese objective. In such a framework, Beijing views institutions such as the UN and WTO as critical players. Its actions, for now, do not indicate a desire to upend the system. Rather, they reflect a wish to expand China’s authority within the system. Beijing, in fact, views the US, particularly under Donald Trump, as undermining this order with its America First policy.

Also, Chinese diplomacy has historically and ideologically been wedded to the primacy of the institution of sovereignty and thereby non-interference as the defining principle of the international order. Beijing’s repeated criticism of the West, particularly America, in terms of the doctrines of humanitarian intervention (Libya) and pre-emptive strike (Iraq) are rooted in this framework. This was also one of Beijing’s arguments against the Hague tribunal.

Sovereignty also forms the fundamental premise for Xi’s vision for building a community with shared future with mankind. For instance, on issues of economic development, human rights, political systems and so on, Beijing rejects the applicability of universal notions. Instead, it argues in favour of taking into consideration national conditions.

So, China is clearly articulating a vision for a rules-based order, albeit one premised on realpolitik and sovereignty. 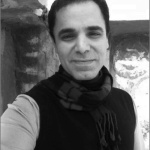 Manoj Kewalramani is a Research Analyst at the Takshashila Institution. He has worked as a multimedia journalist in India and China over the past 13 years. His research is focussed on Chinese politics and foreign policy.