Transparency Maldives, an NGO based on the island released its pre-Presidential election survey on Sunday. Since I couldn’t read the original report (written in Dhivehi) this piece in the Maldives Independent provided a good summary.

According to the piece, the Maldivian people interviewed in the survey are sceptical of the fairness of the upcoming Presidential elections. This after the Maldives Election Commission on 20 May announced that candidates convicted with criminal offences were barred from contesting in the primary round of the elections thereby, making it illegal for President Yameen’s rivals to participate in the election primaries.

In response to the EC’s directive, the Joint Opposition called for a press conference on the following day. MP Mohamed Ameeth told reporters that the EC has no legal authority to meddle with internal matters and dictate terms on conducting primaries. The Joint Opposition also accused the Commission of being  “little more than a mouthpiece for President Yameen.” The Maldivian Democratic Party and the Jumhooree Party have announced their candidates and begun campaigning, openly disregarding the directive.

What remains to be seen is how South Block will react to the political developments in the archipelago. 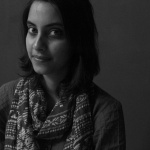