I am a regular user of the Bangalore Metro. In the monstrosity that this city’s traffic is, Bangalore metro is an island full of all things beautiful. One can be sure of no pollution, no traffic snarls, no delays, functioning public utilities (elevators, escalators, etc.), clean platforms, and clean train compartments. There are no bins inside the compartments. In the three years of travelling on the Metro, I haven’t seen even one person eating inside the train let alone throw things there. Ditto for platforms.

I’m surprised by how the organised metro world is so different from the chaotic one you experience as soon as you step out of the metro station. In particular, the cleanliness inside the metro trains and stations causes cognitive dissonance. Even more so, if you think of the damaging behaviour that people usually have toward public transport.

What explains this rule-following by the otherwise rule-violating people that the Indians are? Mind you, people adhere to rules even though there are no guards inside the train compartments. While pondering over this question yesterday with colleagues, here are the few explanations that we came up with. Metro stations are ring-fenced and stepping inside this ring signals to the people that they must now play by the rules inside. There are surveillance cameras on the platform and inside the trains, so there is fear of humiliation if caught on camera. Fines/penalties inside the metro stations are spelt out and displayed, so people know their liability should they flout the rule. Metro stations, platforms, and trains are new, and people’s psychology is to not dirty what looks shiny and clean.

Last year the government started a new train, equipped with personal TV screens, clean toilets, and everything. The train was vandalised in the first journey. And one can argue that that was because for the people who boarded the train, it was only the train which was shiny new. The railway platform and the rest of the experience was same old same old. In contrast, once you enter the metro station, your “world” changes completely. For similar reasons, malls are less littered than BDA complexes.

So here are the questions that follow. If the same commuters are put in the trains and platforms run by the Indian Railways, will we achieve similar standards of cleanliness and rule-compliance? What does the Bangalore Metro tell us about social norms and how to create and change them?

The philosopher Christina Bichhieri says, “for a social norm to exist, social expectations must matter.” Should we then stop saying that “we are like this only” and look at how to change the expectations that we have of ourselves as a society? Will we have to recreate the world to change how people behave? 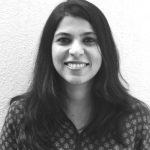