Yet another example of the capricious nature of doing business in India is the Delhi government announcement today that all restaurants serving alcohol should stop playing “recorded music”. They are only allowed to have “live singing” or “instrumental music”. What sense does this make? Probably not much to us, but the Excise commissioner has this enlightening explanation:

When asked how live music was less noisy than recorded music, Delhi’s excise commissioner Amjad Tak said that live performances were “softer” and “controlled”, without giving reasons or data for how he had arrived at the conclusion.

Of course, this makes no sense. Music volume is easily controlled in the 21st century, and we have sound mixing technology that can reduce deep bass if that’s a problem. But the important part of this is just how difficult running a business in India can be, especially in the hospitality sector given that “without giving reasons or data” is often the standard operating procedure for government diktats.

This new rule was introduced in a circular only on 16 May 2018, so it was not even the case that anyone who acquired a liquor licence earlier knew this was going to happen. Which bar owner would have thought recorded music would be outlawed? Similarly, in 2016, the Delhi government halted issuing of fresh liquor licences, even to those who had already paid for it. Imagine being a bar owner who had invested eight figure sums to set up a bar, paid for a licence, who then got told it wasn’t forthcoming.

(If you’re interested in more such fun facts about the restaurant business, check out my podcast with Amit Varma in The Seen and the Unseen on Pragati, where we talk about the unseen effects of regulations.)

It’s possible that this could go to court and be ultimately resolved in favour of the pubs, but like most such cases, businesses suffer both in terms of lost revenue as well as the cost of litigation. How many restaurants and pubs can afford to have live bands playing every night? Would you go to a dead pub without any music?

There are better alternatives to this “hammer, not scalpel” approach to problems. The government could have involved bars in a discussion to come up with options. Or it could have implemented a rule specifying the maximum sound level in decibels for music inside a restaurant. I’m no fan of government regulation in general, but given our current situation, either of these is more reasonable than “no data for how he had arrived at the conclusion”.

If India needs to stimulate its economy, it needs to make doing business easier. And a big part of that is having a stable business environment where disruptive rules are not introduced on a whim without industry consultation. Unfortunately, that’s just daily life for most businesses in our country.

PS: Did you know that you cannot have more than 9 litres of booze in your house as per Delhi Excise law?  Most states have similar limits. Don’t believe me? It’s right there on the Delhi Excise portal. So if you have more than a few bottles of the good stuff, you should drink it all ASAP to stay legally compliant. 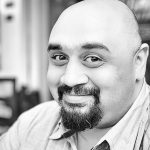 Madhu Menon is a chef, restaurant consultant, food and portrait photographer in Bangalore. In a past life, he used to be in IT as a user experience specialist. That's before his past life as a restaurateur. In his spare time, he manages site operations and design for Pragati. He wears so many hats that he's gone bald.