Here’s what has happened in the past few months.

North Korea demonstrated that it has nuclear weapons and the means to deliver them to the United States. After it did that, the president of the United States set aside age-old policy and decided to meet the North Korean leader, ahead of possible lifting of sanctions against that country.

The message is simple and inescapable. Possessing a nuclear arsenal is necessary if you wish to resist being bullied by the world’s great powers. Donald Trump’s actions are an advertisement for nuclear weapons.

He’s not the first US president to do show countries around the world the value of possessing nuclear weapons. Previous US presidents invaded Iraq (that didn’t have a nuclear bomb) ostensibly to punish Saddam Hussein for sheltering al Qaeda terrorists, while bankrolling Pakistan, that was sheltering al Qaeda terrorists, but also had a nuclear arsenal. Under another US president, Libya’s Muammar Gaddafi who had given up his nuclear programme, came to a sticky end.

Therein lies the root cause of the failure of nuclear non-proliferation. It invests too much energy in technical compliance and technology controls, even as the NPT-sanctified nuclear weapons states create powerful, perhaps existential incentives for the possession of a nuclear arsenal.

It’s now almost certain — even more than before — that the Iranians will develop a nuclear arsenal. That’ll cause the Saudis to bring their arsenal out of the closet. That in turn might cause Erdogan’s Turkey to want one too.

It will be tremendously foolish to continue to flog the Nuclear Non-proliferation Treaty as a meaningful way to reduce nuclear risks. A more promising way forward for this century would be to attempt a Global No-First Use (GNFU) framework aimed to reduce risks than limit ownership. 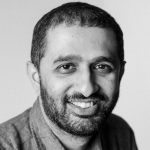