Quebec is pulling a leaf out of Tamil Nadu’s playbook for legalising marijuana. Quebec will be procuring marijuana in bulk from six suppliers and then operating the entire supply chain. Quebec will not only levy an ‘excise’ tax, but also sell marijuana out of government-owned dispensaries. In other words, Canadians will be buying their weed from a Canadian style TASMAC!

Hydropothecary Corp, Canopy Growth and Aphria Inc are among six companies that have signed agreements with Quebec’s liquor board to supply the province with marijuana when Canada legalizes its recreational use this year, the companies said in separate statements on Wednesday.
…
Canada’s senate is set for a final vote on legalizing marijuana on June 7, with sales expected to start in the fall. Provinces, including Quebec and Ontario, plan to open government-run stores, while others such as Alberta and Saskatchewan will allow private ones. British Columbia plans to have both.

Back in India, this is what a government dispensary of marijuana looks like. Canada must do better. 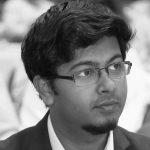