Ever wondered how social media has helped activism in your country? Ethan Zuckerman, an American scholar and activist, coined the “Cute Cat Theory“. This helps make sense of why online movements succeed, especially once they are banished from the web by unhappy governments.

According to this theory, social media is the best stage for activists to rally the masses for a political cause – exactly because the people who visit these websites are there to browse mindless content and not to rage against the system. Digital activists can use these platforms to have easy access to generate mass awareness, and also not be targeted by the government for posting unwelcome content.

And so, although a majority of us who visit Facebook do so to stay connected with our friends or to browse cute cat videos, digital activism is likely to get more traction on these platforms than anywhere else on the web.

In the early 2000s, dissatisfaction in Tunisia against its President (Ben Ali) had escalated to a boiling point. Various activist groups started chronicling the shortcomings of the Ali government online. This was also a way of rebelling against the highly authoritarian Tunisian government, which would often censor the internet and online speech. In 2009, when certain dissidents called “Astrubal” posted a video concerning the President on Dailymotion, the government took down the site almost immediately. As knee-jerk reactions go, this is classic – the Tunisian government responded defensively to an action as soon as it could so that any hint of dissent is curbed.

However, this plan backfired because of – you guessed it – the Cute Cat Theory.

Although Astrubal’s footage had received only a few thousand views before the site went under, the abrupt, arbitrary unavailability of Dailymotion to the other millions of residents of Tunisia only ended up creating more publicity for this footage and ultimately, sufficient traction to end Tunisia’s regime under Ali.

The Cute Cat Theory shows that it is actually detrimental for a government to ban entire websites to curb dissent – especially social media. What’s better, because of this entire Dailymotion ban debacle, the number of people protesting against the Ben Ali regime on the streets shot up rapidly. If anything, the attempt to shut the digital vigilantes up ended up backfiring badly for the government. 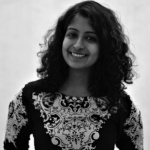 Manasa is a Research Associate at the Takshashila Institution. She is a graduate of Government Law College, Mumbai and transitioned to public policy after working as a corporate lawyer in Mumbai. She works on issues at the intersection of technology, law and policy, with a specific focus on privacy and data protection.